What I am Watching: IT Chapter 2 – and comparing it to the original.

I finally got around to watching IT: Chapter 2 and I did not think it was as good as the first movie. This is not to say that this installment was not entertaining. In fact, it is very entertaining and even funny in parts. The issue I have with it is that it was supposed to be a horror movie and I think I laughed more than I jumped.

Another big problem with IT: Chapter 2  is that it tried to stuff a lot of narrative into its runtime, which was already very long. At nearly three hours, there was a lot of movie to take in. But in all that stuffing, it seemed the writers forgot to add in important character setups and development.

The first Avengers movie managed to get all our heroes together in one place but there was reasonable build up until the time that they realized that they had to work together or fail. Here, our heroes got the message to be back in Derry and ready to kick butt in short order. There was a little bit of resistance to start, but that was quickly thwarted after a bit of Native American magic. I did not feel their trauma or the weight of the task ahead of them, defeating the creature that had stolen a chunk of their childhood.

After everyone was quickly on board, this movie sort of went by the numbers. Each character had to face their fear of Pennywise as adults while remembering a piece of their past. It all culminated in an overly long CGI-infested finale that added little suspense and had me checking my cell phone for the time (I really needed to pee again at that point).

Incredibly, despite all these flaws, the movie managed to entertain because the pacing was decent and the acting and direction were adequate. 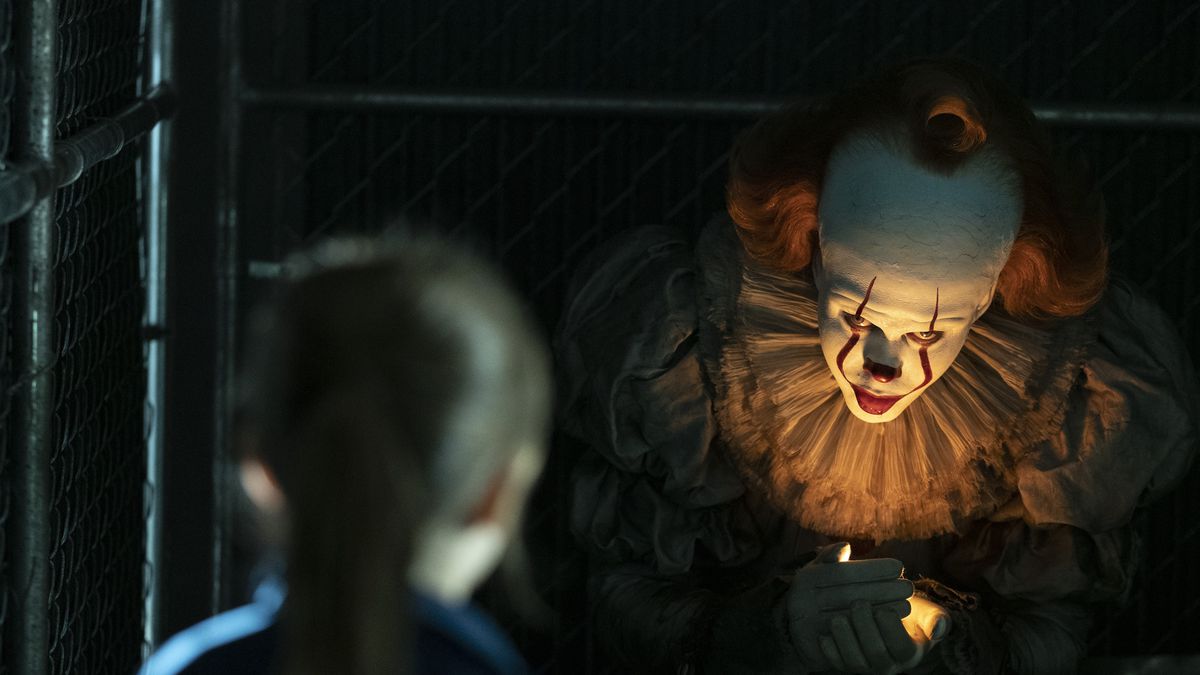 The weakest link was actually Pennywise. Bill Skarsgård was not given a lot to do in this movie other than shaky-walk towards the camera. It’s not really scary the first time he does it nor after the fifth time. In other moments, the adults were attacked by some weird monsters that could have taken a cue from the imaginative creations from Scary Stories to Tell in the Dark. These monsters also seemed to really enjoy a good jump-scare – hope you do, too, as there are many.

To sum up, IT: Chapter Two certainly has its moments. It’s worth a watch if you have already seen the first movie. The only problem is that while the first movie also played a lot more for entertainment rather than scares, it managed to be a bit more cohesive and gory version of Stand By Me. This movie, however, really feels soulless and jumbled about halfway through.

WHO DID IT BETTER?

Unfortunately, there were lulls in this movie that took me out of IT: Chapter Two and when that happens, my mind begins to wonder about who did it better – the 1990s cast or this cast.

The 90s cast was incredibly versatile and managed to show their fear in a relatable way. This new cast did the same. They did feel a bit like the B-cast for Stranger Things (well, minus one A-cast member) but I was happy to go along with them on their summer adventure. It’s a tie between these two talented casts of young actors.

This one is harder to say. I think these new actors were stronger but there was a better setup for the trauma that the adults were suffering in the original mini-series. The problem with that earlier version of IT is that it really falls apart story-wise midway through. While this new movie did feel a bit bloated, at least I was entertained more throughout. Still, I got to give it to the original cast. I felt their pain in a much deeper way than with these new gang, who made me laugh more than anything.

If we were going solely off the first movie it would be a tie, but this second movie really watered down Pennywise. He became a jump-scare, CGI, beast. Tim Curry’s version got into my head even during the less than stellar second half of the 90s mini-series. His dialogue was pertinent and frightening and his delivery was pitch-perfect. I give Skarsgård credit for giving it his all, but the script left him with little to do. Winner – the legendary Tim Curry.

Check out my top ten reasons why I love Brazil by clicking here.

Check out my review of the original It mini-series by clicking here.

Check out my review of the first It movie by clicking here.

Do you like werewolf movies? Check out my rundown of some I have watched by clicking here.

This entry was posted in TV and Movies, Uncategorized, What I Am Watching and tagged Avengers, Bill Skarsgard, Comparing Pennywise, IT, IT 1990, It Chapter Two, Pennywise the Clown, Scary Stories to Tell in the Dark, Tim Curry. Bookmark the permalink.

3 Responses to What I am Watching: IT Chapter 2 – and comparing it to the original.