Ranking the Halloween Franchise Films: Phil and Jeremy look at all ten films in the iconic horror series.

The many faces of Michael Myers

We’re at it again, this time Jeremy and Phil are taking a look at one of the most iconic horror movie franchises of all time, Halloween. This is a mega-franchise which includes 10 movies (with an 11th on the way) and has made more than 300 million dollars at the box office, making it the fourth highest grossing horror movie franchise in history.

There is a catch, though!

While Jeremy is a self-avowed fanboy of the franchise, I watched all the movies for the first time only a week ago for the purpose of this podcast!!!

So, how do these virgin eyes see these movies differently from Jeremy’s super fan goggles? Listen to our new podcast, linked right here below, to find out.

For those who want the quick version, without all the expert analysis and heated arguments, here is our ranking of the movies from worst to best in all their gory glory.

But, first, make sure to listen to our podcast ranking the Friday the 13th movies by clicking below.

Halloween: The Curse of Michael Myers (1995)

This movie suffered from having too many cooks in the kitchen. Its lack of clear direction and attempt to create a larger supernatural mythology around Mike Myers fell flat for me. I like him murderous, mysterious, and inexplicable.

Halloween: Ressurection and its cast of annoying kids. No wonder Michael looks pissed, there are assholes in his house!

This one is a stinker all around teetering on pop culture parody by featuring both Tyra Banks and Busta Rhymes. It wasted the legendary beheading of Michael in H20 for a silly, contrived body switch to bring him back for this movie. Laurie Strode is also killed off unceremoniously. While the live-filmed kills were a clever pre-social media nod, this is the worst of the bunch.

Rob Zombie followed up his first Halloween movie with this more psychological misfire. The vision of a white horse and Myers’ mom dressed in white was a clumsy piece of symbolism. Tyler Mane also brought too much WWE, with his hulking physique, to the already frightening character of Michael Myers, The Shape. 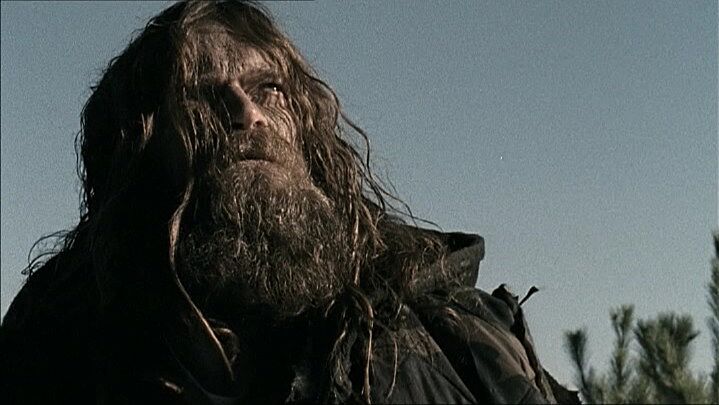 Halloween II (2009): Michael Myers – wilderness man back from his spiritual treck through the forest. What movie am I watching?!?!?!

Zombie tried to infuse some Freudian psychology into a character that did not need any. Myers is completely neutered, confused, and boring. Add in dream sequences and hallucinations that add little to his lore, and you have a stinking pile of garbage that takes itself too seriously while not delivering enough scares nor entertainment.

This movie explains that Myers’ reason for being a psychopathic murderer is his white trash upbringing. In other words, he is humanized and thus demystified. This film suffers from bad acting, forced dialogue, and a lack of purpose. Its slightly better pacing nudges it ahead a few spaces in the race for worst.

Halloween II (2007) Myers was really into making masks. If only there had been eBay at the time, he could have sold them all and been able to afford better mental care.

Zombie`s horror-fanboy status is too obvious in this movie. Here, Michael has to have a fascination with masks his whole life as an origin for why he puts on the Kirk mask. We also have Rob’s unnecessary trademark need to make the Myers family a dark, trailer trash rendition of My Name Is Earl’s relatives. Malcolm McDowell has a tremendous film legacy but cannot compete with Donald Pleasance in the role of Sam Loomis.

The movie begins as a shot up Myers escapes through a storm drain and finds shelter with a hermit, in what seems like his own version of The Fugitive. The Shape mask is different and the absence of George P. Wilbur as Michael is felt throughout. A positive is  Michael’s terrifying hunt of Jamie in the laundry chute. Loomis confronting Myers at Michael’s old home also manages some great wordless Myers-drama.

This movie is a stinking pile of shit but at least it’s fast-paced enough that I got through it in one sitting, unlike the three prior entries on my list. Busta Rhynes does karate and Myers gets electrocuted in the nuts. If you love the characters and the franchise the hate for this movie is understandable. If you are not as emotionally connected, then Ressurection is worth the watch just for the unintentional comedy … I guess (???)

This movie has unlikeable characters, weak women who lack agency and are the butt of all the sexual jokes, and a Mike Myers who looms around a lot but is not really scary. Him chasing Laurie through the laundry shoot is the only redeeming scene – truly frightening. 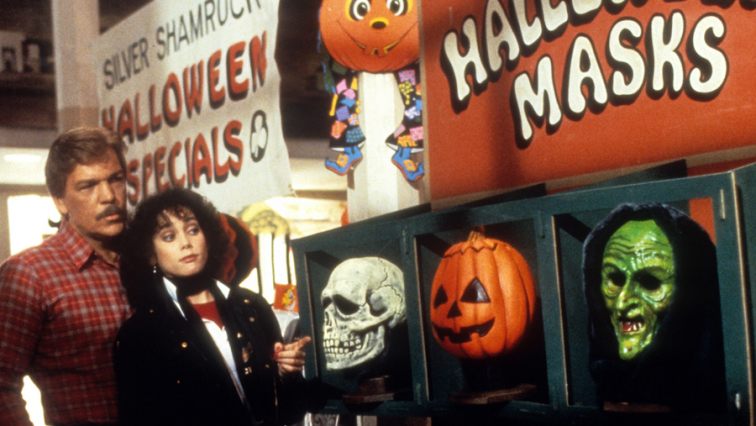 Halloween III: There’s something fishy about these masks that the kids really want for Halloween.

This film does not feature Myers. Instead, it is a mix of The Outer Limits and Invasion of the Body Snatchers with a commentary on technology brainwashing our youth added in for good measure. Objectively, this is a solid horror movie, but I rank it low for not having much importance to the continuity of the series.

Jamie Lee Curtis is back as Laurie Strode and Chris Durand plays a much smaller and faster version of Michael Myers. LL Cool J and “George Clooney look-alike” Adam Arkin add a pop culture feel to the film, dragging it down a bit. If Resurrection hadn’t come out, then this film would have been higher on my list. But because the studios wasted the opportunity to kill Michael off for good, this one stands where it is at number five. 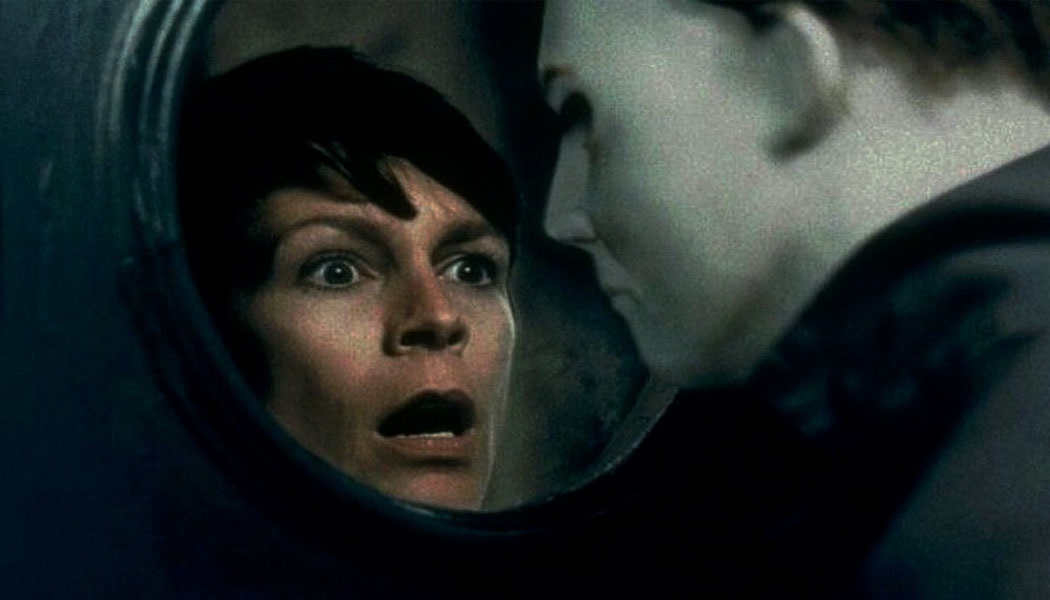 I really enjoyed this movie for moving the franchise plot forward and introducing a truly maniacal Myers. His kills are vicious and numerous. He came back with a vengeance and the movie cashes in on that. This movie is definitely entertaining and scary. The child actor, Danielle Harris, is also terrific as Myers’ main target, Jamie Lloyd.

The red-headed stepchild of the bunch. This movie does not feature Myers but it has a nifty little plot involving the mass murder of children across America by a Halloween-mask-making company. If you like the Twilight Zone or The X Files, you might really enjoy this one. It looks dated in parts but it has a memorable horror/sci-fi plot.

This movie is an extension of the 78’ classic. It laid the blueprint for hospitals being used as horror set pieces which can still be seen today in shows like Kingdom Hospital or that eerie Grady Memorial Hospital in The Walking Dead’s fifth season. The film is to Halloween what Aliens is to Alien in that it’s a faster, quicker, get to the punch sequel. And can we ever listen to Mr. Sandman the same way again after watching this movie?

Halloween: The Curse of Michael Myers (1995)

This movie was a swan song, revelation, and a thesis statement for the franchise despite the bad acting and cardboard arcs. We not only find out how Michael draws his power from the Curse of the Thorn but it is also revealed why he kills on Halloween and goes after his own family.  Dr. Loomis has his final appearance with a laboring but brave outing by Donald Pleasance, who died during the end of production. Paul Rudd, in a very early role, is also terrific playing Tommy. Michael is at his most intimidating and relentless here and that stalk in the jail is still scary.

Jamie-Lee Curtis kicks ass through and through in this movie. H20 features a much more agile “action-Myers”, which I know irks some fans, but it didn’t take away from the basic tenets of the character nor his menace. This movie is fast paced and Curtis turning the tables on her film-brother in the last act is worth the price of admission.

This movie is an undisputed classic. It’s a slow burn that gripped me from the first second with its inventive cinematography, solid script, and iconic music. Putting this at number two was hard for me, and it could easily be number one on any other day.

Halloween 4: The Return of Michael Myers. Danielle Harris holds her own against The Shape.

This film revived the series and put Michael into Jason and Freddy territory as a pop culture icon and unkillable horror monster. Wilbur was terrifying as Myers and he helped set the tone and direction for the next 8 years of the franchise. The female protagonists were also very strong with Danielle Harris as a harrowing little girl named Jamie Lloyd and Ellie Cornell as virtuous Rachel. This entry is what got me into Michael Myers and Halloween all those years ago as a kid.

This movie picked up where Psycho left off but took it to another level with Michael Myers as a supernatural Norman Bates. Coming out before Freddy and Jason, Halloween also launched the unkillable horror-hero bogeyman era that paved a blaze of glory in the 80’s, 90’s and 00’s. The success of this movie skyrocketed Jamie Lee Curtis to fame and allowed John Carpenter to make many more cinema classics.

Halloween (1978). Cinematography, music, shadows, and light make this move sizzle with suspense and terror throughout.

Starting off mere minutes after the end of the first Halloween, this film features more kills, more violence and a Michael Myers that is legitimately pissed off. It doesn´t have as much atmosphere and slow burn as its predecessor, but it makes up for it in intensity and creativity in the kills. While I could easily switch my number one and number two picks on any given day, for now, Halloween II sits atop my ranking.

See how Jeremy and I rank the Predator movies by here.

Look at how I rank the A Nightmare on Elm Street movies by clicking here.

Check out my review for The Glass Castle: A Memoir by clicking here.

5 Responses to Ranking the Halloween Franchise Films: Phil and Jeremy look at all ten films in the iconic horror series.